Actor Kubbra Sait recently took to her Instagram handle and shared a cute picture of herself with her cat and called herself its pathetically needy owner. 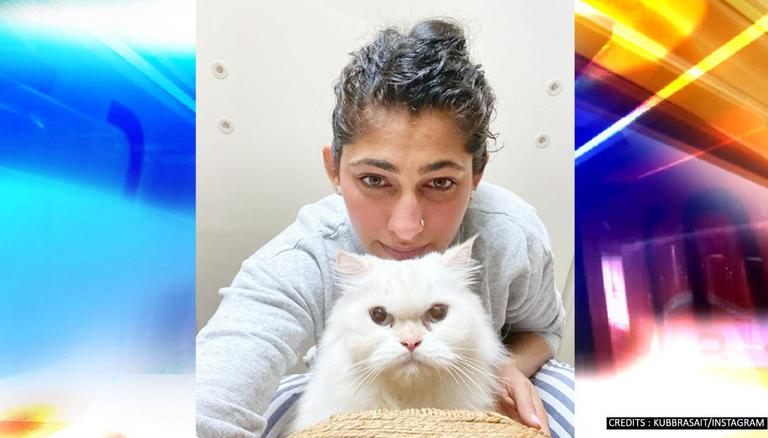 
Kubbra Sait, best-known for her stellar performance in the web series, Sacred Games recently shared a glimpse of herself posing with her cat and presented an ‘awkward photo’ of them for her fans. Wishing all her fans a lovely day, she even revealed how she was a ‘pathetically needy owner’. Many of her fans took to her social media post and dropped in cute and interesting compliments for her and her cat, Shifu Sait.

Taking to Instagram, Kubbra Sait posted a photo in which she was seen capturing a selfie with her cat, Shifu Sait. In the caption, she stated how she was blessing all her fans’ “feed with an awkward photo of the forever disgruntled cat and it’s pathetically needy owner.” Further, she even hailed for knowing that there were worse things in life than “coaxing a cute puddle in your arms”.

Many of the fans took to Kubbra Sait’s Instagram and poured in tons of love and praises on her post. One of them stated how ‘awkwardness is beautiful’ while another one dropped in a hilarious comment asking her whether she was the same cat from the movie, Stuart Little. Another fan added how she could relate to her post and stated how her cat was ‘scratchy & bitey too’. Rest all others showered numerous hearts and heart-eyed emojis in the comments. Take a look at some of the reactions to Kubbra Sait’s Instagram post. 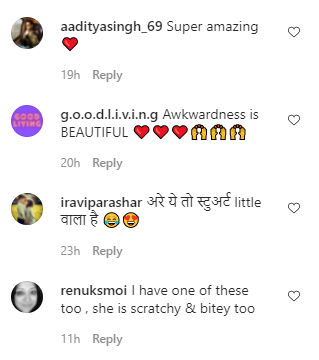 Kubbra Sait on the work front

Kubbra Sait began her career in the entertainment industry after winning a couple of awards and accolades in her modelling career. She was seen in a supporting role in the film, Ready along with other movies namely Jodi Breakers, Sultan, I Love NY, Fourplay, Going Viral Pvt. Ltd. and many more. She received a major breakthrough in her career with her spectacular performance in Sacred Games and went on to appear in other popular movies and series such as TVF Tripling, Gully Boy, Jawaani Janeman, The Verdict - State vs Nanavati, RejctX, Illegal, Vakalat, etc. Kubbra Sait was last featured in the movie, Dolly Kitty Aur Woh Chamakte Sitare and is currently gearing up for the release of her upcoming American Science-fiction drama series, Foundation that is slated to premiere on September 24, 2021.